Listed below are services that are performed at our clinic:

In Vitro Fertilization (IVF) is a procedure where eggs are removed from a female then fertilized with sperm in the laboratory. The fertilized egg (embryo) is then transferred into the woman’s uterus to develop naturally. Any embryos that remain after the embryo transfer can be cryopreserved for future use. 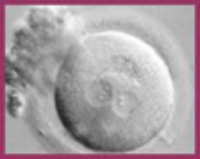 Eggs (oocytes) are retrieved from patients via transvaginal aspiration approximately 36 hours after an HCG injection, while under intravenous sedation. During this procedure, the follicular fluid is taken into the laboratory and the eggs are identified by an embryologist. The eggs are then transferred into a petri dish with special media and placed into an incubator, so the environmental conditions can be controlled (i.e. light, oxygen, carbon dioxide concentration, pH and temperature) and cultured until insemination. If sperm parameters are normal, the motile sperm are transferred into the petri dish with the eggs. This is called standard insemination.

Egg freezing allows a woman to store unfertilized eggs to try to conceive at a later time to preserve fertility when either faced with a medical reason, or women who are not in a position to become pregnant right away. Eggs are frozen by a method called vitrification. 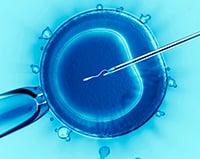 ICSI is used to fertilize mature eggs when the quality or quantity of the sperm is poor and unable to effectively penetrate the egg on its own. With the use of a high powered microscope, the embryologist picks up a single sperm with a glass micro needle and injects it directly into the egg. ICSI increases the chance that fertilization will occur.

Embryos are contained in a “shell” or layer of proteins, known as the zona pellucida during the initial stages of development, which is designed to protect the embryo until it reaches the blastocyst stage of development. In order to successfully implant into the uterine lining, the embryo needs to hatch out of this zona pellucida and attach to the walls of the uterus.

Sometimes, the zona pellucida is abnormally thick and/or hardened. In these cases, it is difficult for an embryo to hatch at the time of implantation. This would compromise the ability of the embryo to implant in the uterine wall.

Assisted hatching can help in these situations. A laser is used to dissolve part of the shell, to facilitate the hatching process.

PGS refers to the removal of one or more cells from an embryo to test for chromosomal normalcy prior to transferring the embryo into the uterus. It does NOT test for specific disease diagnosis. Many embryos with chromosomal abnormalities will not lead to a pregnancy, or will result in a miscarriage. All women will have some eggs that are chromosomally abnormal, as all men will have some sperm that are chromosomally abnormal. The percentage of embryos that are abnormal can be affected by many factors, including the age and health history of the parents.

The egg is the largest cell in the body and is contained mostly of water. In the past, the classic problem with freezing eggs has been that as the temperature drops below freezing point, ice crystals form inside the egg and cause damage to the genetic material. Vitrification is an ultra-rapid cooling technique that allows the water inside and surrounding the egg to instantaneously super cool into a state with no ice crystal formation at all.

The EmbryoScope is one of the latest advancements in In Vitro Fertilization technology, which allows embryologists to monitor the complete development of embryos without removing them from the incubators. Embryos are extremely sensitive to changes in temperature, light and oxygen so keeping them in a closed environment is most ideal for their development. The EmbryoScope makes continuous documentation possible and also maximizes the information collected in this crucial stage. Embryologists are now able to screen abnormalities more effectively and select the best embryo for Embryo Transfer.

Embryo transfers are done either on Day 3 or at the blastocyst stage. The embryo transfer is a simple procedure where the embryos are loaded into a catheter and placed into the uterine cavity through the cervix. 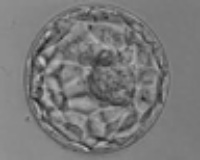 Embryos can be cultured until day 5 or 6 in an incubator until they become blastocysts. At the blastocyst stage, the embryos have increased in size and are more developed, which may make it easier to select the best quality embryo(s) to be transferred to the womb.

Cryopreservation of embryos extends the possibility of pregnancy when couples want additional children, or if a fresh cycle fails after embryo transfer following an IVF cycle. Chances of a successful pregnancy using frozen embryos are not affected by the length of time the embryo(s) have been stored. However, not all embryos will survive the freezing and thawing process.

An FET (Frozen Embryo Transfer) is an ART (assisted reproductive technology) procedure where previously frozen embryos are thawed and transferred back into the woman’s uterus.

Egg donor (known or anonymous) IVF is a process where a woman uses another woman’s eggs (egg donor) instead of her own. Egg donor IVF is commonly used by women who have decreased ovarian function or premature ovarian failure.

IVF with Donor Eggs is also used by same-sex male couples who wish to use their sperm for use with a Gestational Surrogate to carry the pregnancy. The sperm is used to fertilize the eggs from an egg donor, then the resulting embryo is transferred to the uterus of a gestational surrogate.

All egg donors must be screened and tested for transmittable diseases as determined by the U.S. Food and Drug Administration.

IVF with Donor Sperm is an option for men with very poor sperm quality or quantity. Semen analyses that result in findings such as azoospermia, poor motility, oligospermia, or, if there is a genetic problem that may be inherited, are instances where a sperm donor may be used. The overall procedure is the same as a regular IVF cycle, except sperm of a donor is used to fertilize the eggs.

It is important to know that sperm donors are required to be tested for certain infections as determined by the U.S. Food and Drug Administration. Even though the FDA only requires that anonymous sperm donors be screened for transmittable diseases, the American Society for Reproductive Medicine (ASRM) believes that both anonymous and known sperm donors undergo the same initial screening and testing process. Pacific In Vitro adheres to the recommendations of ASRM and SART.

You’re not alone. Over 10 million people in the United States are affected by infertility, and must also deal with the medical and psychological stress, along with the financial burden that is associated with infertility and trying to conceive a child.

At the Pacific In Vitro Fertilization Institute, we work as a team. And our team is centered on you. Every member of our medical team plays an active role in the treatment of each patient, and together, we will develop a plan that makes the best use of the available resources to assist you.

“The attitude and professionalism of the staff at Pacific In Vitro translated into a much more relaxed, stress free experience for us.” -D.C.